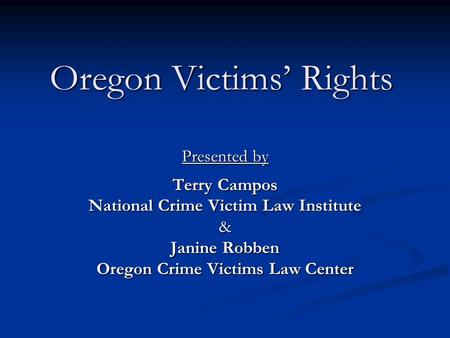 The Environmental Regulation Institute (ELI) is a non-profit, non-partisan group, headquartered in Washington, D.C., that seeks to “make law work for people, locations, and the planet” by way of its work as an environmental legislation educator, convener, writer, and research engine. Beginning within the early Seventies—underneath the management of a new director, Professor Don Wallace, Jr., of Georgetown 18 – the ILI expanded its focus to incorporate professional training in the authorized, economic, and financial problems of developing international locations.

Director of the Institute of Air and House Law, and Chair of the MILAMOS Board of Advisors, Professor Brian Havel, opened the Workshop with a rousing speech in regards to the importance and timeliness of the MILAMOS Project On the latest UNISPACE+50 occasions, several States underlined the necessity that space have to be used for peaceable purposes and that area actions have to be conducted in accordance with the rule of international regulation.

On the Annual Assembly of the American Bar Association (ABA)’s Discussion board on Air & Space Law, held at the Intercontinental Hotel in Chicago on 27 and 28 September 2018, the IASL Director, Professor Dr. Brian F. Havel, chaired the opening panel marking the 40th anniversary of the signing of the US Airline Deregulation Act on 24 October 1978.